of Durham county's total population in 2015 was Black, yet...

If you are arrested in North Carolina, regardless of whether it was justified or not, your ability to leave jail is dependent upon your ability to pay cash bail. This cash bail system targets poor people and people of color, leaving them stuck in jail while their wealthier counterparts can return home and go about their lives.

In North Carolina, money bail is often required in amounts much too high for most defendants to pay. When this happens, defendants have three choices, all of which create additional hardships in their lives: sit in jail, often for lengthy periods of time, awaiting trial; plead guilty and give up their right to a fair trial; or pay nonrefundable fees to for-profit bail bonds companies to post bail – money they will never see again even if no charges are ever filed. 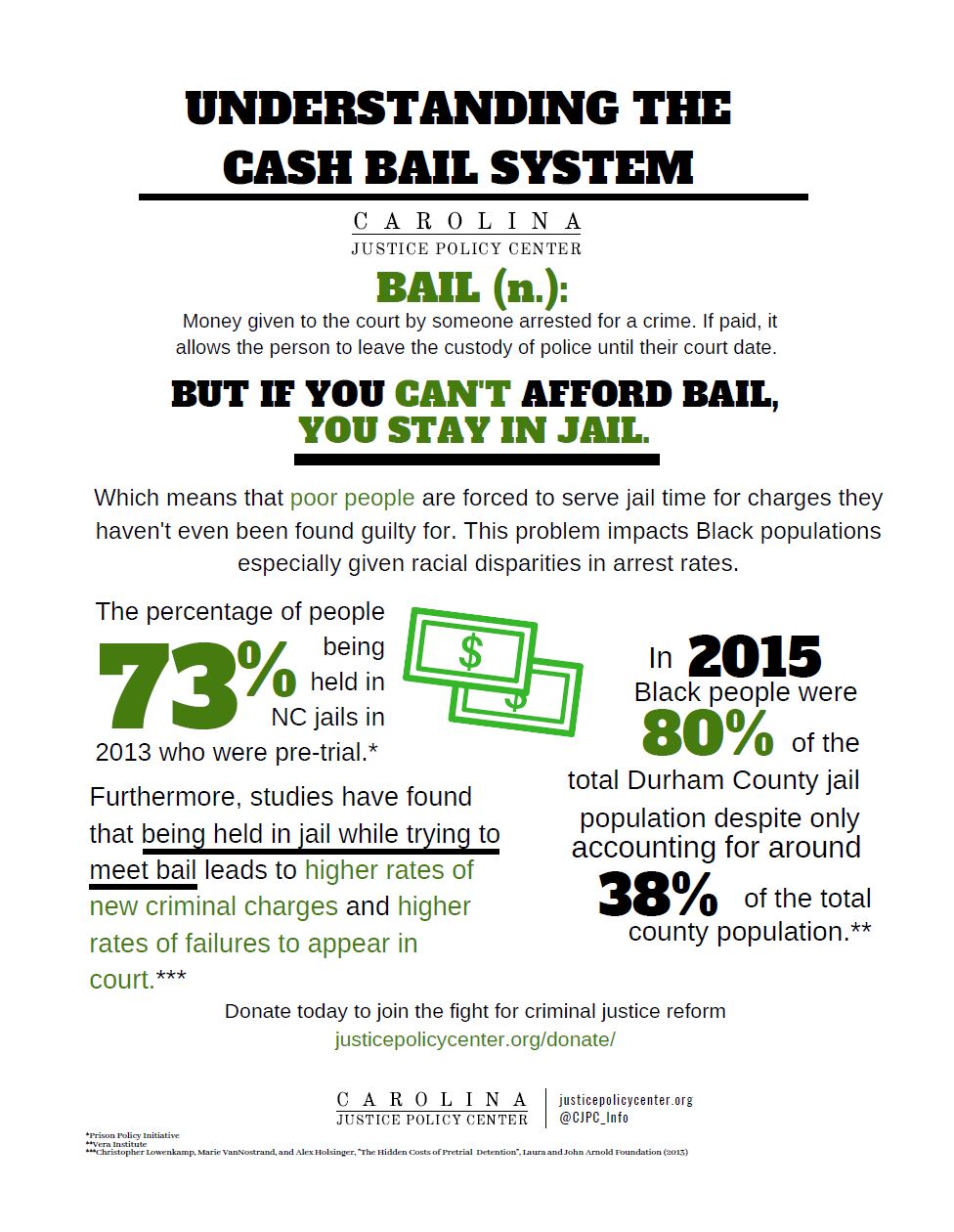 To help you learn more and spread the word about the problems with North Carolina’s current cash bail system, we have created an easy-to-understand infographic you can download and share. You can download a JPG for social sharing, or a print-ready (8.5″ x 11″) PDF.