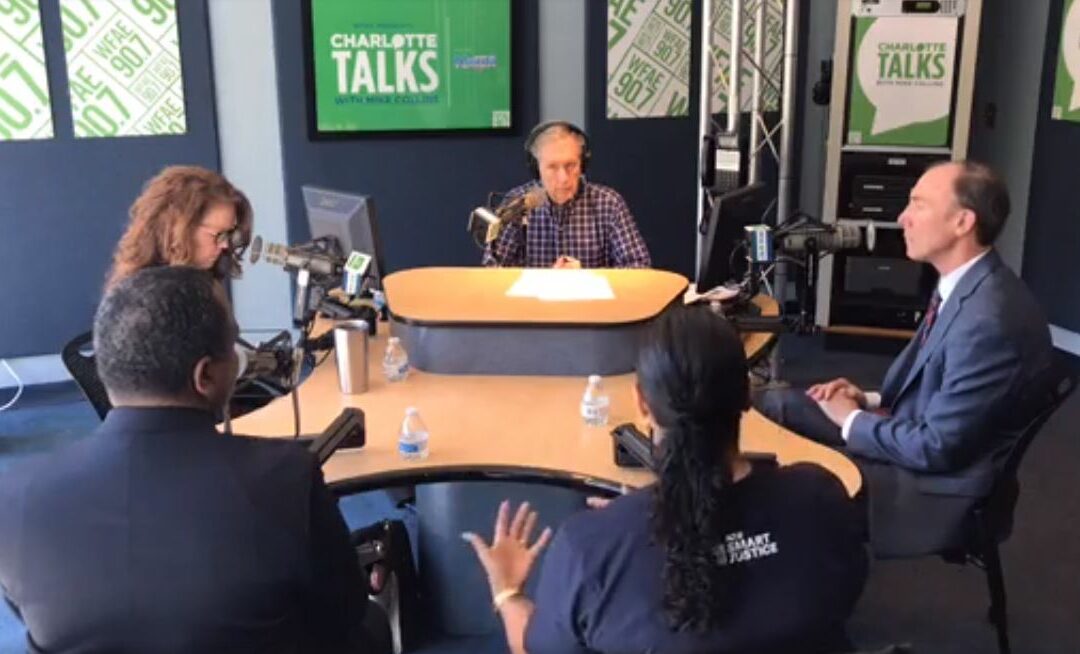 During the show, host Mike Collins spoke with Puckett-Williams and the other guests about Mecklenburg County’s new approach to bail that aims to dismantle the current cash bail system that disproportionately impacts the poor. Nationwide, over 450,000 people are awaiting trial in jails not because of they are believed to a threat to their communities, but instead because they are too poor to post bail.

Since March this year, Mecklenburg County has begun using a new method that could become a nationwide model for bail reform. Instead of having judges choose from a pre-determined range of cash bail amounts for specified for different crimes, judges instead use a formula that Chief District Court Judge Regan Miller said would allow them to “be smart(er) about who is going to jail and who isn’t.”

You are invited to listen to the show below to learn more.

by Bail Reform in Mecklenburg County