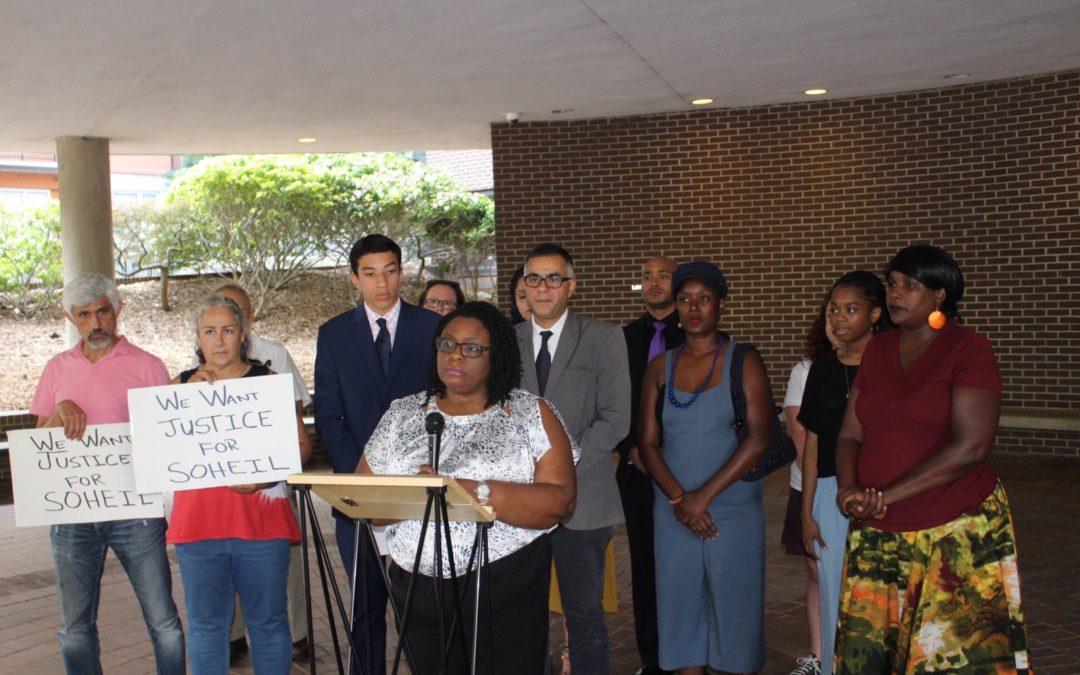 “We will no longer allow elected officials to placate us with words and turn around and woefully disappoint with the failure to act,” said Blagrove. “There is an election cycle approaching. There is power in the vote and we will make it our business to educate the people, harness their power, and unleash that power on anyone who does not use their elected office to carry out the will of the people.”

The group gathered to ensure transparency, accountability, and meaningful change within the Raleigh Police Department. Specific demands include:

You can download and read the full text of the demand letter.