CJPC Helps Aim for Solutions, Not Promises in Forum 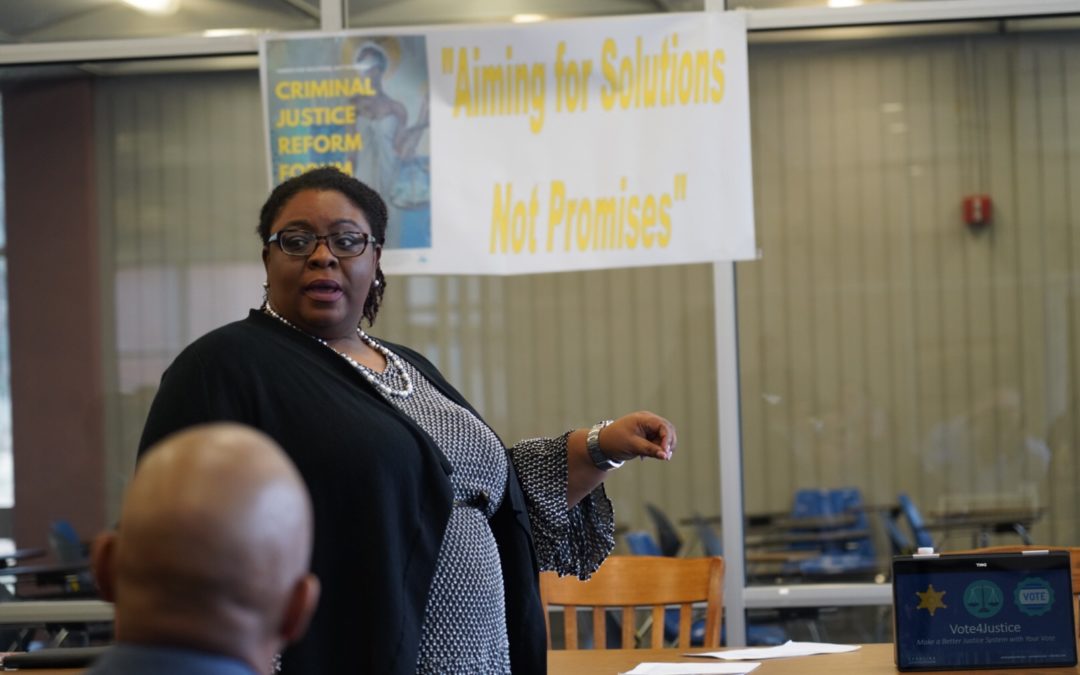 The event took place on the campus of St. Augustine’s in Raleigh, and spanned several hours, drawing over 80 community members, activists, and local leaders — all passionate about reforming our justice system.

“Justice-involved people… are everyone,” Blagrove opened. “Anyone who thinks they are not justice-involved in any way, shape, or form, is misinformed. The justice system touches all of us, it touches every part of our lives, and it does this all on a regular basis.”

Blagrove continued to tell the gathered crowd about the power local officials such as district attorneys, judges, and sheriffs, wield in the state criminal justice system. She explained the potential these elected officials have to make big strides towards resolving some of NC’s most pressing criminal justice problems — including mass incarceration, bail reform, and the overpolicing of black and brown bodies.

Following Blagrove’s training was a panel with Judge Kerr Davis and District Attorney Deberry, who answered a range of questions about their current efforts to bring criminal justice reform to Durham. After the panel, additional speakers tackled topics including the school-to-prison pipeline and immigration.

It was heartening and exciting to see such a large, engaged crowd gather on cold, rainy Saturday to share ideas and learn more about criminal justice reform in North Carolina.

If you are part of a group that would like to learn more about the power and roles of local officials, and how to effectively advocate for criminal justice reform at the state level, request a free Vote4Justice training today.