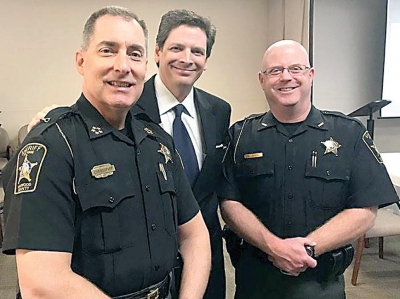 Beginning in 2019, Haywood and Jackson counties will become the first judicial districts in North Carolina to pilot a pretrial release program. The goal of this program is to reduce mass incarceration and recidivism rates.

Under the new program, judges will be encouraged to set unsecured bonds for those charged with nonviolent, low -level offenses so they can await for their court date out of prison. Currently, jails across North Carolina are filled with people merely awaiting trial because they can’t afford to pay a cash bond. More than half of them are low-level, nonviolent offenders who pose no real danger to their communities.

The mere act of detaining someone before trial worsens outcomes for those charged. Recent research found that defendants who are detained before they go to trial are 25% more likely than their counterparts to plead guilty, 43% more likely to be sentenced to jail time and are more likely to commit future crimes.

Other collateral consequences also happen to those detained before trial. Because North Carolina’s court system is backlogged, it can take weeks or even months before a defendant goes to court. In that time, the defendant could lose their employment, have their children placed into foster care or experience other personal consequences that make it more difficult for them to stay out of the criminal justice system in the future.

This new pretrial release program will let judges set an unsecured bond for those charged with low-level offenses — including simple drug possession, writing worthless checks, misdemeanor larceny or shoplifting. Because the bond is unsecured, people will be automatically released after booking and processing, and only have to pay the bond if they fail to appear for their court date. The program may also include providing legal counsel for low-income defendants sooner (the goal is within 72 hours of arrest), so that they can advocate for the new possibility of pretrial release.

Hopefully, if this pilot program goes well, it could pave the way for adoption across North Carolina.