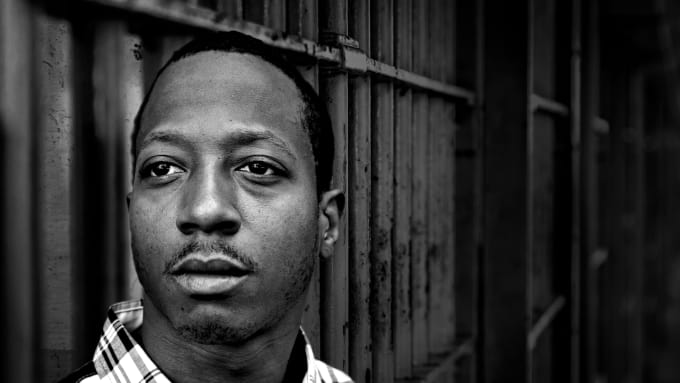 The documentary’s six episodes take you through his experience piece by piece, beginning with his arrest in 2010 at the age of 16 for allegedly stealing a backpack and ending with the aftermath of his suicide, only five years later. In between, he waited for his trial at Riker’s Island in New York, a state prison well-known for stories of corruption and abuse. He was in solitary confinement for nearly two out of the three years that he was there, starved at times by corrections officers and beaten by other inmates. Despite horrid conditions and abuse, Browder refused to accept a plea bargain, which would have meant missing out on a trial and admitting guilt, and he did not falter in his insistence that he was innocent.

Along the way, the documentary occasionally pans out to provide the context, to show clearly that Browder’s story, however chilling, is not an anomaly. It is the symptom of a larger and complicated brokenness in criminal justice system in the United States. The list of problems drags on: the school to prison pipeline, the cash bail system, structural racism, overburdened court systems and public defenders, and the solitary confinement of youth (or anyone, for that matter).

Facts about the scope and depth of the carceral state and its myriad of problems are relatively easy to find. One can find the following in Michelle Alexander’s book The New Jim Crow alone. For example, “the incarceration rate in the United States is six to ten times than that of other industrialized nations” (8). And “by the end of 2007, more than 7 million Americans – or one in every 31 adults – were behind bars, on probation, or on parole” (60). Finally, this rise since the 1980’s can be accounted for almost completely by drug offenses, which make up two-thirds of the increase in the federal inmate population (60).

Hearing and seeing Browder’s story, though, really delivers a punch in the gut in a way that the numbers simply can’t. It can be difficult to understand his story or the human cost of our criminal justice system as it now operates without having the more visceral experience of hearing his own voice describe what happened and seeing the footage from Rikers, of seeing his mother cry. Browder’s story gives humanity to the numbers.

Van Jones notes in the documentary that it would seem less complicated if Kalief Browder was simply guilty. The fact that he was not turns all of our expectations for the criminal justice system on their head. Perhaps if he was guilty and serving his sentence, a sense of justice would be clear: a criminal is being punished. Both recognizing Browder as a fellow person worthy of dignity and respect and admitting that things went wrong at every turn in his story makes the narrative messy and obfuscates any sort of “good guy” and “bad guy” narrative.

The solution to the problems presented is not straightforward, but what is plain is that something must be done. Browder’s simple request that he should have a trial and his determination to wait for one provides a template for what all Americans should require of the criminal justice system in all of its complexity. Americans must insist that the system works fairly and humanely for all, guilty or innocent, and in all circumstances.

Kalief Browder’s story illuminates how, in a way, the very denial of humanity lies at the heart of many criminal justice issues. If he had been guilty of some crime, and had been serving a three-year sentence, would his treatment have been fair? What would happen if we saw truly saw the names and faces of the millions and millions in the justice system? The difficulties in criminal justice are complicated, but the costs of these abuses are profound and personal to multitudes. They demand our attention.