Kicked Out for Showing Up for Justice 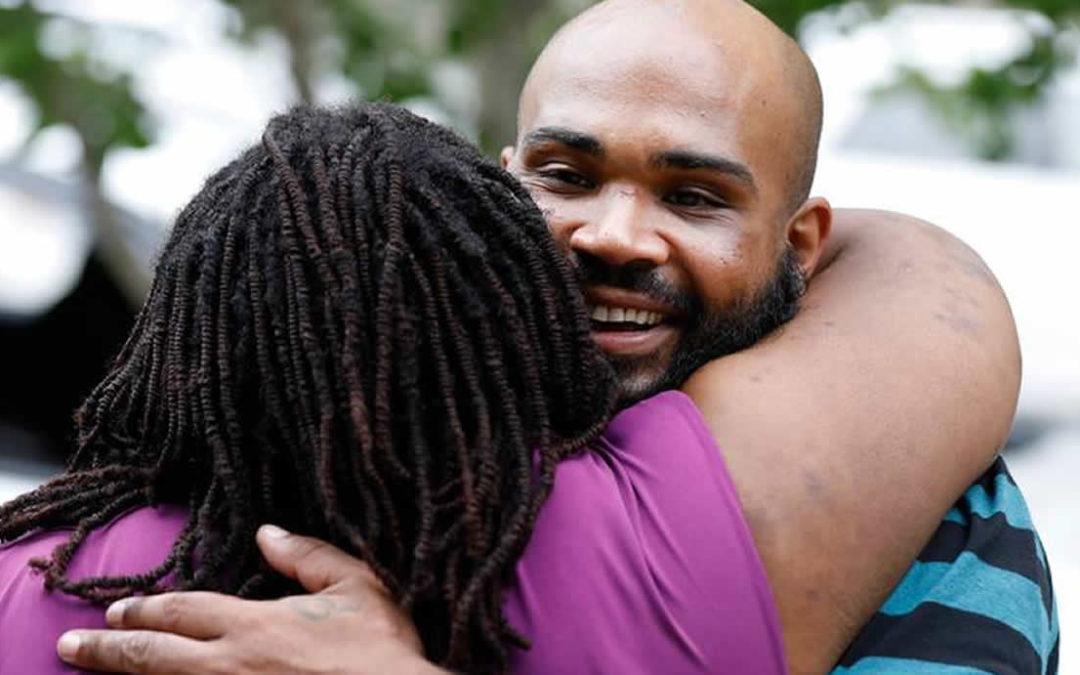 I was 18 years old the first time I can recall seeing a law enforcement officer stand trial for using the power of a badge to terrorize a Black person. The video of Rodney King’s dehumanizing and brutal beating happened on my 17th birthday. I know because of the timestamp on the video that was played over and over. I remember vividly the anger and betrayal I felt when officers, who so clearly broke the law, were acquitted of all charges.

With these memories as a back drop, I sat pensively in a Wake County courtroom last week watching jury selection for another officer who used his badge and a dog to again terrorize the Black community. This case is the canary in the coal mine for North Carolina as it relates to creating a healthy culture within law enforcement, redistributing the balance of power that law enforcement has, and reestablishing trust between law enforcement and the community.  (Photo above: Blagrove embracing Kyron Hinton, the victim of one of the officers whose trial is this week.)

As one of three Black women seated in the courtroom, even before the trial began, a law enforcement officer used his power to subtly remind us that we were not welcomed as spectators of justice.

We were singled out by a Wake County deputy sheriff and reminded of the rules of cell phone usage in the courtroom. However, the deputy did not deem it necessary to give the many white spectators in the courtroom these same individual instructions. It was clear, his lecture to us was a reminder: I have the power here.

Shortly thereafter, we were issued another reminder to stay in our places, this time, by the lawyers representing the defendant, Deputy Sheriff Cameron Broadwell. We were informed that the defense team had included myself, along with several other community activists, on their witness list and asked for sequestration of witnesses, which was granted by Judge Ridgeway.

The result: we were now banned from sitting in the courtroom for the duration of the trial.

The goal of these seemingly unrelated and innocent acts are a microcosm of the power dynamic that creates toxic cultures within law enforcing agencies across America. Law enforcement through the centuries have taken the position that Black people and bodies need to be controlled. Tamed. Beaten, physically and mentally, into submission to the second class status of being Black in America.

Carolina Justice Policy Center stands firmly against this paradigm and will continue to do everything possible to empower the people to demand accountability from law enforcement.

On May 13, the officer on trial plead guilty. You can read my response at:
Guilty Plea is Far From Justice Served, But a Step in the Right Direction